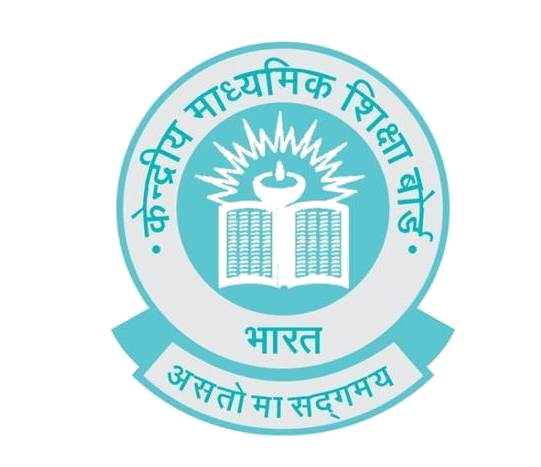 We obviously, thank the board for trying to keep up with its ‘fairness’ and ensuring that every student obtains marks in a fair manner. But to what extent and logic does this fairness go?

Clearly, the board has delayed its investigations in finding out whether or not the paper was actually leaked, according to reporters, the education minister of Delhi received the leaked paper few minutes before the commencement of the examinations.
However, reports also draw our attention to the fact that the paper was also allegedly leaked yesterday but the board ‘denied’ any such claims. This is common to both the 12th-grade economics and the 10th-grade maths paper.

Also, the board hasn’t even announced the dates for these retests, good job on that one honestly now it’ll be much easier to cancel the retests before any violent student uprising takes place.

[Update: Accorsing to times of indias discussions with cbse, the dates will possibly be 24th for economics and 26th for maths (april)]

“We have checked with all examination centres and the paper was not leaked. The source of the circulation of this information is not known yet. We want to urge the students and parents to not panic and assure them that the board is doing its best to ensure the sanctity of the examination,” a senior CBSE official said

What about the accountancy paper that was also supposed ‘leaked’ but later denied by the board? How do we believe that the paper was not actually leaked? Maybe the board has missed out on the leaked copies of that paper.

Tsk tsk, where’s the justice for accountancy students? (It doesn’t end here.. Wait for it..)

“Seems some organised gangs are doing it [leak] deliberately. We are sure whosoever is doing it will be identified and nabbed soon. We have also decided to tighten security for the time when papers are being distributed,” said Javadekar. [28th March]

“Prevention is better than cure”, teaches their textbooks, yet they fail to apply it in their own system. Why cry about it now? Why identify the leaker now? Why tighten security after the damage has been done? Could they not have done their ‘investigations’ yesterday and cancelled the paper as a whole so we wouldn’t have to write it twice or live a short-lived joy?

There also is a statement by the board that it could be an internal member of the board who has sold the paper outside. (Money more important than the values you so seek to inculcate in us? How sad isn’t it?)

“PM Modi has always given a lot of importance to fair examinations.”. Sadly, looks like our Prime Minister has trusted the wrong team to conduct these fair examinations. Can we have an education revolution already, please? It’s time that the students have a say in voicing their interests. Let the world’s largest democracy expand it’s democratic principles to a wider section of its citizens.

Funny enough, the 12th-Economics, 10th-Maths and 12th-Accountancy are not the only papers reported to have been leaked. Times of India also reports the possible retest of 10th-Social Studies and 12th-Biology papers due to them being leaked as well. Tsk tsk, CBSE, looks like some people outsmarted you on these. Step up your game hun’.

Maybe if the board cared about practicality and skill more than marks and theory, their officials would know how to apply the security systems and not just know what they are, their properties, uses, pros and cons.

CBSE was aware of the attempts to get access to the papers since 4th of March, the circular was released on the website on 4th of March itself and then realised “oops, mistake”. They were aware something was up, but they decide to ignore it and take it lightly. Whose fault is this? Ours or CBSE’s?

What do we conclude?

Well obviously our CBSE marks are still going to be very important to everyone- family, relatives, schools and many others. Who wouldn’t reject seeing the marks you score in a system that can not protect its question paper and then is inefficient in even confirming whether or not it was leaked? Come on let’s be real, the marks of such a system are very important and have to be reliable right?

Proud to be a part of such an education system and proud to see people trust it’s parameters of ‘success’. But honestly, you can keep them to yourself.

‘Fairness’ is the reason to reconduct the exams? Let the millions of students registered for the exams re-write it again because of the fault of a few? I guess it’s the outside-textbook definition of ‘fairness’ that CBSE follows that I yet again forgot to learn, damn it!

Also, whoever leaked the paper, everyone is going to be really mad at you, well- they already are but not because you did something wrong, but because they need a source to blame, an easy source that can’t effectively repel back. So they will target you. Good job outsmarting the system honestly, CBSE should actually pay you because at least now they’ll wake up and realise they’re inefficient (hopefully).

If CBSE really wants to talk about ‘fairness’ and learning lessons, why not chuck the retest as a whole because we students think this should be a punishment for CBSE for making the most confused and unstable decisions ever. Sorry but that’s how we define ‘fairness’. CBSE denied two days ago that there was no leak for any paper, now they say there was. Yet again, whose fault? Theirs or ours? You decide.

When will they (CBSE) realize that students will not stop their attempts to leak papers and cheat in the examinations as long as their system keeps judging us with the ‘one size fits all’ crap?

Something to ponder upon, what if years later when I’m looking for a job, I get rejected because I’ve studied under CBSE which will be then known as an ‘unreliable’ education system? Think think. Take your time.

“We are sure whosoever is doing it will be identified and nabbed soon”. Sorry CBSE, I think our democracy is based on accountability and not punishments. Please stop finding ways to deny responsibility and showing us your fake sympathies.

With members of the Congress, BJP, Psychologists, parents and students debating and discussing the matter on news channels, it is clear that the public demand is to cancel the retest and work on fixing their own machinery for the future and not make us students suffer now.

Aadil Singh Boparai, voiced on the News18 channel earlier many other instances in the past where the members of the government have sold out copies of leaked papers to students and further threatened them to avoid them from testifying.

Can we have an educational reform already?

Throughout history, we’ve seen political revolutions due to agitations by men and women, economic reforms due to agitation by businessmen and traders. Now can we see an educational reform due to agitation by students? Work your magic kids, rise in revolt. They will try to suppress us but not for long. We want our democratic rights. We deserve a say in the system too.

Writing this from the United Arab Emirates, I obviously am aware that the retest might not be in my region because the circulation was centred in Delhi mainly, but still, I care not whether or not my region will have a retest, what I care about is the increasing inefficiency and students dissatisfaction with the system.

Seeing my friends and everyone in my grade initially rejoice over it being the last exam and later get disheartened added to my stress of myself being sad about the retest news. Watching people’s celebration stories and happy vibes go up on Instagram and instantly being taken down within an hour was the most disheartening thing ever.

At this point, I’m literally avoiding going through social media posts because 9/10 posts are nothing but paragraphs of disappointment and hate.

Kudos to my friends who left to India and International trips today saying “I don’t care”.

Eitherways, do not dishearten yourself, these 10th-grade marks will not determine your future as much as your skills and personality portray. Let those parameters work their magic, the future will definitely consist of people smart enough to value that more than some petty numbers and letters.

We are the kids of the 21st century and are at fast paces developing modern skills and ideologies, and these skills will define our future and not the thinking of some 20th century orthodox leaders.

Voice your experiences in the comments below, What changes do you expect in the system? I will not provide any favourable reforms for the system in this post, let that be up to you- really looking forward to seeing your ideas.