The youth these days are largely subjected to various exposures from the society, ranging from appreciation, applause, backbiting, insults, constructive criticism to even hate.

Taking the negatives (or, apparent negatives) in hand like criticism, hate etc. Our society has come up with extensive use of phrases like “be yourself”, “don’t change for anyone”, “others opinion doesn’t matter”, etc.

However, people tend to use these phrases as a justification of committing wrong acts, hurting people, showing an unhealthy attitude towards others and being aggressive and getting angered easily.

In the quote given above, a meta teenager would completely ignore the second half of the quote, do something wrong and draw the “Be what you are.” card as defense. Honestly, in such a case, please don’t be what you are.

We must realize that when such phrases were made, they were made in context of self-esteem in logical matters, and in fields where ignoring the hate and criticism of others is actually required.

For example, someone who is interested in painting might get disheartened because someone else didn’t like their work or it wasn’t applauded enough. In a situation like this, bringing up phrases like “be yourself” and others would seem apt as over here, or in the case of any hobby, you can’t let the opinion of others destroy the happiness you get from doing what you do.

Being yourself is trying to escape the chains of society’s’ illogical expectations, the medias’ lies, the systems’ propaganda. Being yourself is to avoid becoming a trained sheep of the system, or a working slave of your educational curriculum, but to explore your horizons independently, develop your skills in dynamic and successful ways even if the society is apprehensive of you, to keep your optimism and energy levels high even if others try to dishearten and discourage you. That, is what the context of being yourself actually mainly revolves around.

But I guess the modern era has taken these phrases to a whole new level, where “finding good friends who support you in time of need” actually means raising an army of puppets that will support you in all- right or wrong. Being kind and praising people only applies to those who are going to do it back to you.

If someone knowingly or unknowingly offends you, or wants to help you out by assisting you to improve as a person (through constructive criticism), or if someone confronts you because you hurt them and they want to resolve it.
You apparently acquire a license that allows you to be rude to them as well, back-answer and hurt them more, and suddenly your memory washes away the genuine apology, else its only a “sorry” with a tone that is meant to guilt-trip. Shutting out your critics and those who were genuinely honest is a norm because such people [apparently] obviously represent a case of fake friendship, right?

Fascinating how to be yourself, you must acquire a license of not giving a damn about what people say about you, even if its about how you have attitude and ego problems or genuinely speak in a rude and uncontrolled manner. 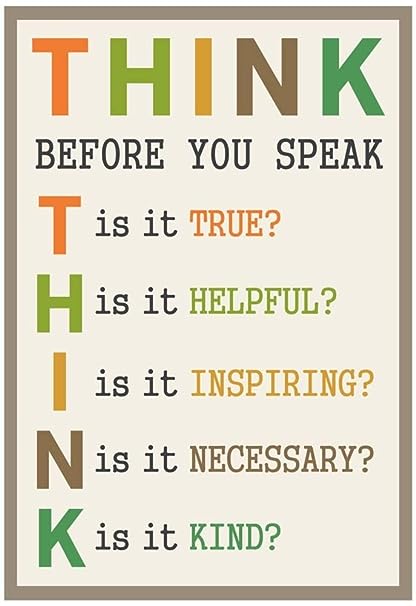 Even if it comes to confronting someone or talking an issue out, if not Inspiring, the content of the conversation must be true, helpful, necessary and kind.

For example, if you bring up something from 2 years ago that had been cleared and sorted during the discussion of a problem 2 days ago, you’re already not following the ‘Is it necessary?’ line and mess up the conversation.

If to be be yourself means to genuinely be a bad person disliked for valid reasons is something to be proud of and in which ones self-esteem and pride should be held up confidently- then we’ve already gone miles back in people skills and social development.

Reboot your mindsets, change them, is your attitude and life style right?

Stop acting like someone’s slave! Stop feeding others egos! If you really care, then don’t hesitate to call someone out for their mistakes (personally and privately).

Do not hesitate in confronting and talking to such people, but be careful with your words too, you can not speak unnecessarily harsh with someone about speaking what is necessary.