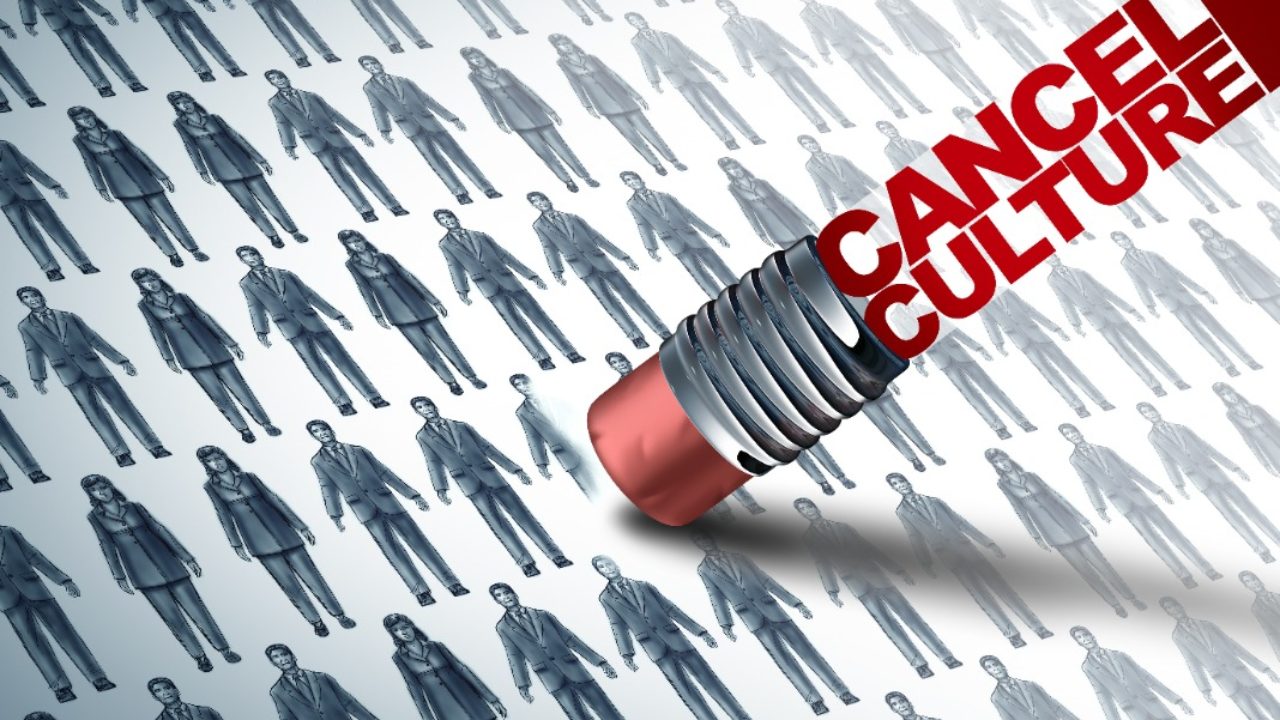 In a world of numerous injustices, deep social divides, and many changes still desired, social media justice warriors have become more proactive. For many, groupthink, conformity, aggression, and cancel culture pushes them. The tools adopted as a fast-track measure to social change and justice have made the job harder for real activists, no matter what their intention may have been.

What is cancel culture?

Cancel culture refers to depriving public figures, celebrities, or other people outside politics of total support and even livelihood in response to questionable actions or statements. It’s not the same as just calling someone out or expressing discontentment, given its quest of bringing severe punishment.

While most definitions limit cancel culture to the boycott of an individual, some definitions include companies as well. However, all definitions have a common denominator: social media involvement and its ease of information sharing in effectively canceling.

It is also essential to differentiate ‘cancel culture’ from ‘calling out.’ The former is a severe punishment that assumes humans can’t change for the better and strips away their livelihood. The latter is a corrective measure without long-term negative impacts.

What cancel culture is not, in this article

In this write-up, I’m only going to focus on canceling an individual and not a company. Boycotting companies (like Louis Vuitton for appropriating the Palestinian Kaffiyeh) is valid; their actions involve a collective corporate decision and not just an individual.

The examples of persons who have been held accountable are endless. The #MeToo movement also resulted in the cancelation of people in power and influence like Bill Cosby over sexual assault and harassment.

However, the cons outweigh the benefits.

Limitation #1: This only applies to those who can be canceled. Thus, only a minor proportion of perpetrators can be held accountable through it.

Limitation #2: Cancel culture shifts the focus from reforming legal systems to finding ways around them. As such, canceling movements can be flawed, make legal trials harder, and bring no effective long-term change.

A group known as ‘Predator Poachers’ catfish predators and publicize information against them to cancel them. The law often claimed that many of their operations have made legal prosecution harder and blurry instead of helping.

Limitation #3: Cancel culture can unfairly harm people as the movements are fueled by masses who don’t make any effort to fact-check. Strengthening the legal system instead of extrajudicial actions solves both the case of defamation and crime.

Limitation #4: There is no guarantee of change. Research shows that cancel culture is a reactionary force that denies “careful knowledge of appropriate blame.” There is the psychological impact of shame, inferiority, and other impulses. This paves the way for further arrogance. Other studies add that this shame also induces pride and desire.

Can Cancel Culture Be Good?

Cancel culture has turned the statement ‘innocent until proven guilty’ into ‘guilty until proven innocent.’ Any accusation, with or without evidence and context, is assumed to be true.

Many cases prove the danger posed by such an attitude. The incident between a 20-year-old beauty influencer, James Charles, and his mentor, 37-year-old Tati Westbrook, is one of many. Westbrook started in May 2019, moving people against Charles on the grounds of sexual harassment without evidence. Soon after, it was revealed that Westbrook had personal motives behind the stunt and her claims were false. Other cases such as that of Johnny Depp also exist.

Yet, in some cases, canceling celebrities and widely influential figures is justifiable. For example, when the Bollywood actress Kangana Ranaut took to Twitter to call for genocide, intolerance to this statement was vital to safeguard the very precedent of tolerance. Still, this is only a temporary measure and still succumbs to several limitations.

Some people claim that cancel culture is an effective solution. At the same time, others also believe that it is the last resort one can go to.

However, one’s comfort level is not an indicator of the other’s mindset. Your comfort is essential but running out of patience, and mental energy is your cue to take a break, not to publicize the case, unless it’s in politics.

A person cannot be impossible to change, although the difficulties and methodologies will differ. Most proponents of cancel culture resort to the wrong persuasive tactics when trying to convince an offender and their supporters that what they have done and/or said is offensive.

Robert Cialdini, author of ‘Influence: The Psychology of Persuasio’ said, “It’s not always about the argument, but about the delivery.”

The brain’s reaction towards factors that challenge integral belief systems triggers the emotional part of the brain—the amygdala—to a fighting response “as if we were encountering danger,” making it even more challenging to change one’s beliefs.

Research conducted by many neuroscientists further back this claim, like Paul Zak, who has specialized in the study of oxytocin. Oxytocin is the neurotransmitter responsible for feelings of love, happiness, bonding, and trust. He says that when a person delivering a message uses persuasive techniques that stimulate oxytocin, it makes the receiver “more sensitive to social information.”

The next time you come across situations where you need to confront someone, reflect on how to send your message across. You don’t have to compromise your message just to make it more palatable. Remember, ‘4!’ in math is equal to 24 but so is ‘12+12,’ and we know one is easier to understand but means the same thing.

When we dive into human psychology, we understand that humans desire to feel part of things and belong to a social group. Cancel movements provide that sense of group security. What’s better than hopping on a bandwagon shunning out disagreements, participating in an adventure by ruining someone’s life entirely on the pretext of social justice, and form a family where everyone constantly gasses each other up?

Eventually, people also start to adopt savage patterns to appeal to such groups. These patterns also induce a sense of superiority and an “I’m better and witty” sentiment that feels good.

Examples: using “men,” “white people,” as a trigger warning in publicity, publicizing screenshots of people like you online doing or believing something questionable, group harassment of peers over political nonalignment, calling for mass reporting or blocking of non-celebrity individuals.

This attitude, in turn, causes people who need to be changed to become performative and avoidant which increases the polarization in our society that currently exists.

Cancel Culture as a Personal Weapon

For many, being a part of dramatic events and receiving attention is also fascinating. What’s better than publicizing a few out-of-context screenshots or blasting private affairs out of proportion in the public realm to get some clicks and a metric ton of messages and reshares?

On other days, cancel culture is also used to bring people down. Groups of people dig on a person’s past and start amplifying problematic statements from several years and decades ago. And surprisingly, it works! News flash, unlike machines, humans can change over time.

Is Cancel Culture Democratic and Liberal?

Cancel cultures’ leftist nature, and democratic ideals are attractive to most youth. Ironically, cancel culture has evolved into a problem against the very democratic values it sought to protect. It is now seen as a force that threatens free speech, justice, and open debate.

The slightest of inconveniences and disagreements cause editors, journalists, professors, researchers, and any person participating in academia or producing any form of content for the public to be bullied, boycotted, or fired. Cancel culture manifests itself outside journalism as well.

In the University of California, an Instagram post spotlighting a campus organization representing “a group for people of all ideological backgrounds” was immediately taken down after opposition from leftist students on claims over the organization suppressing marginalized groups. “Students with non-left political beliefs routinely report feeling pressures to censor their own beliefs on campus. And far-left faculty now routinely launch political crusades against disliked funding sources, aiming to block or control their non-leftist colleagues from even accessing money that is necessary to conduct research, support programs, attract students, or hire new faculty to their departments,” says Phillip W. Magness.

This shows that under the banner of cancel culture, the force behind it is so inclined towards protecting leftist ideals that they refuse even voicing any disagreements whatsoever. College campuses that succumb to this “are cultivating a dystopian regime where intellectual conformity is mandated.” Combined with the “guilty until proven innocent” sentiment, canceling can quickly turn into “mob-like forms of vigilante justice.”

What, if not cancel culture?

To conclude, cancel culture is the equivalent of a donut. It may seem whole and sweet, but we tend to ignore the massive hole that resides at its center.

Many cases highlight cancel culture’s positive outcomes but also many that don’t. Ultimately, most cancellers act on emotional reactions, hurried assumptions, and hasty decisions, rendering it a gamble.

How can one ensure that their movement is factually correct? How does canceling imply a change in the target and their follower’s actions? In cases of belief systems, how does canceling address the root problem? Is it not performative if cancel culture is based entirely on surface-level perceptions? Why do we have to ruin young teen’s futures by pretending that they are not worthy of appropriate guidance and change?

There needs to be restraint practiced in cancel culture because of its massive gray area. People need to reflect on their ultimate goals and intentions, how they make sense, and their impact. Effective, whole, and genuine (non-performative) change will come with greater discussions and strengthening of legal systems.